CSG was formed in 2015 and as the company grew, founder Mike Pittman had a handful of close colleagues he knew would be integral pieces to his executive team. As much as just a pure ability in the wireless hardware space, over many years they had exuded a relentless work ethic and energy to do things the right way. Once the innate ability was understood, Pittman wanted pieces that believed in creating a special work culture that practiced empathetic leadership and put employees first.

CSG was formed in 2015 and as the company grew, founder Mike Pittman had a handful of close colleagues he knew would be integral pieces to his executive team. As much as just a pure ability in the wireless hardware space, over many years they had exuded a relentless work ethic and energy to do things the right way. Once the innate ability was understood, Pittman wanted pieces that believed in creating a special work culture that practiced empathetic leadership and put employees first. The following seven person C-suite of executives represents hand selected individuals that know the responsibility they have to our customers and partners, but most importantly, the responsibility we have to the 100+ individuals who work hard for the organization every day. All are owners of Connected Solutions Group, LLC. Michael went to college with the goal of a simple and rewarding career as a PE teacher and high school basketball coach. While waiting on an opportunity, he worked with a family-friend as an office building superintendent.

About a month into that job in 2005 he met an individual looking for office space who was buying and reselling high end smartphones strictly through B2B. 4 years later, Pittman was Vice President of that rising start-up and the company was over 30 employees.

In 2015 he decided there was much more to this channel than he was able to go after in his role. Innately, Pittman is a people person who has always had the drive to lead individuals and bring people together to be part of something bigger than themselves. Coupled with what he saw as a huge hole in the market for a TRUE service driven Value-Added Reseller, CSG was born in late 2015.

Completely self-funded and focused on a budding relationship with Verizon Wireless, CSG exploded onto the scene and by 2019 had grown over 13,000% to claim the spot as the 8th fastest growing company in US on the INC 5000 list.

Now featuring well over 100 employees from coast to coast, Connected Solutions Group has blossomed into an Elite Verizon partner and a key wireless hardware deployment partner for thousands of businesses across America.

Pittman attributes the explosive growth to the team culture of this organization, one he feels is very special, unique, and the driving force behind everything the “group” accomplishes. Patrick walked into the same electronics organization that hired Michael Pittman as a quiet, reserved teenager. Starting with an entry-level role in e-Commerce, he stood out immediately as a relentless worker with tenacious organization and follow-up skills.

Through the e-Comm boom of the 2000’s, Davis began to garner an encyclopedic knowledge of Tier 1 carrier equipment globally, and where to find it. Whether on the phone during the day with domestic suppliers and customers, or on instant messenger with carriers and resellers across the globe at night, Patrick managed these wide and vast networks with precision lead management and follow through.

While Pittman was more of a front of the room sales leader, Davis was a revenue producing machine behind the scenes and the two complimented each other’s style perfectly. An almost career long relationship was born and Davis worked closely beside Pittman at multiple points before CSG came to be.

Pittman often refers to Davis as “the hardest working man in wireless” and brought him on board to CSG at the earliest possible opportunity. Here, Patrick remains Pittman’s right hand man and is the top liaison between both sales and purchasing at the organization and is responsible for all revenue creating components of the company. In 2017, he was awarded an ownership stake in the organization. 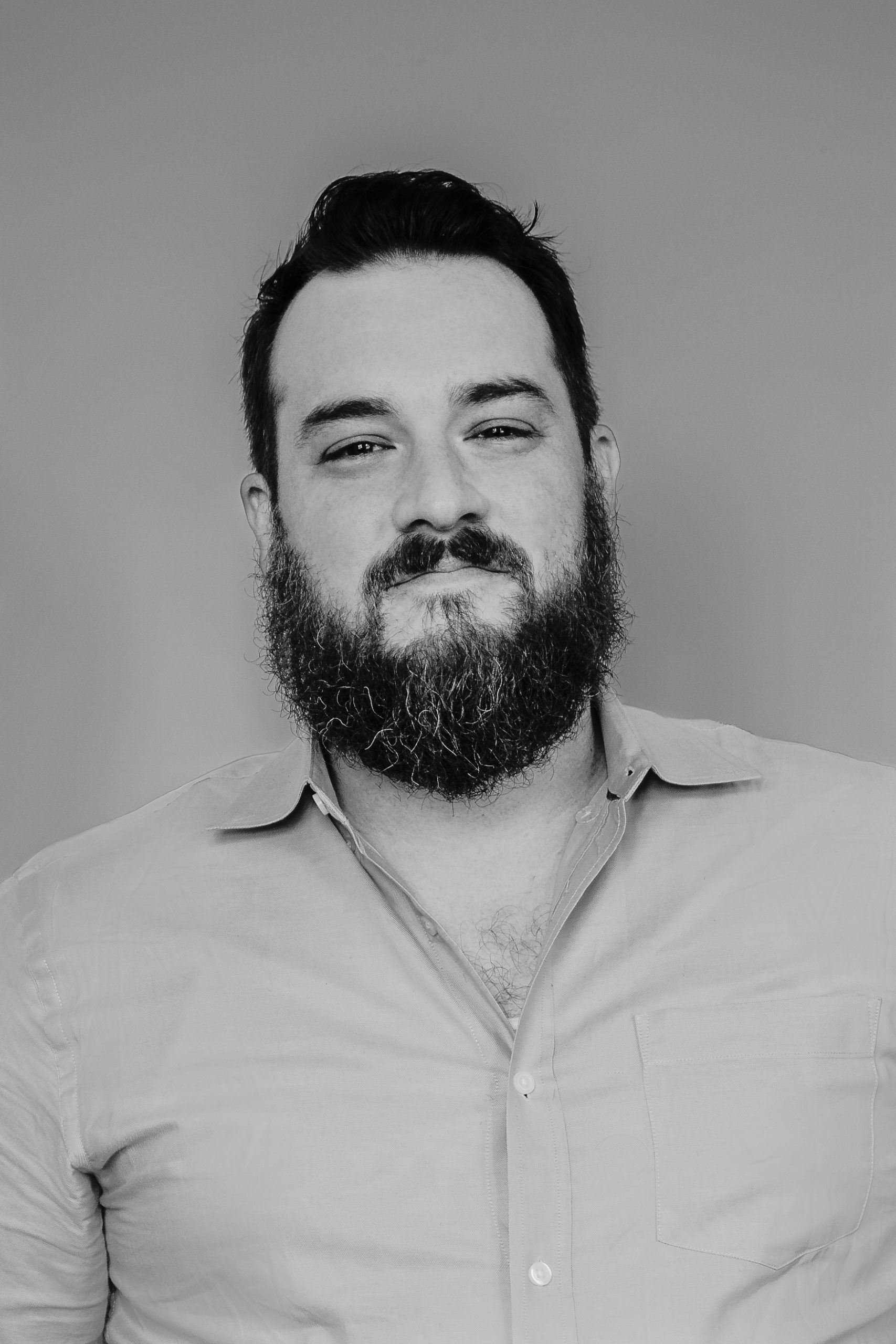 Kyle Evans has been with CSG since its inception in 2015 after a decade in telecommunications that even saw him land in Hong Kong for 2 years facilitating importing / exporting of wireless equipment. After gaining his MBA from the University of Iowa, he entered CSG with an executive sales role and with only he and Pittman as the driving forces managed massive growth for the organization through 2016-17.

As the company expanded and hired additional direct sales individuals, Evans pivoted to a direct leadership role in business development, with a special knack for cross promotions between carriers, products, services, and co-selling arrangements. A master at breaking down data to find unique strategical ways to bring products and services to market, Evans was the architect of most promotions, product bundles, subsidies, and co-marketing efforts during CSG’s early growth.

His current role follows in that same vein, working very closely with manufacturers, carriers, and resell partners to architect partnerships that are mutually beneficial for all parties and keep CSG producing products and services that are in demand and cutting edge on the market. Evans was awarded an ownership stake in CSG in 2020. Mrs. Inge also came from the original tree that began at a small wireless hardware company in Richmond, Virginia and cut her cloth as the sole manager of the accounting department of that rapidly growing firm. The unique nature of that business presented a myriad of challenges on the accounting side of the business, and Pittman always marveled at her intelligence and ability to make sense of and properly document such a complex in-and-out system without the aid of any custom or proprietary software whatsoever.

As Pittman moved on to other organizations, he quickly realized that whomever was in similar positions at the new entities simply did not grasp the complex accounting measures in the same way. So inevitably, after much begging, Angela would join and almost immediately take a struggling accounting department and make things much more organized, responsible, and compliant. With a relentless work ethic and attention to detail, there was no way Pittman could allow her to not come on board so after some quick growth and another begging session, Inge took over all fiduciary responsibility at Connected Solutions Group.

Today, she maintains essentially 100% control of over $25 million dollars in annual revenue and receivables. Inge was awarded an ownership stake in CSG in 2020. 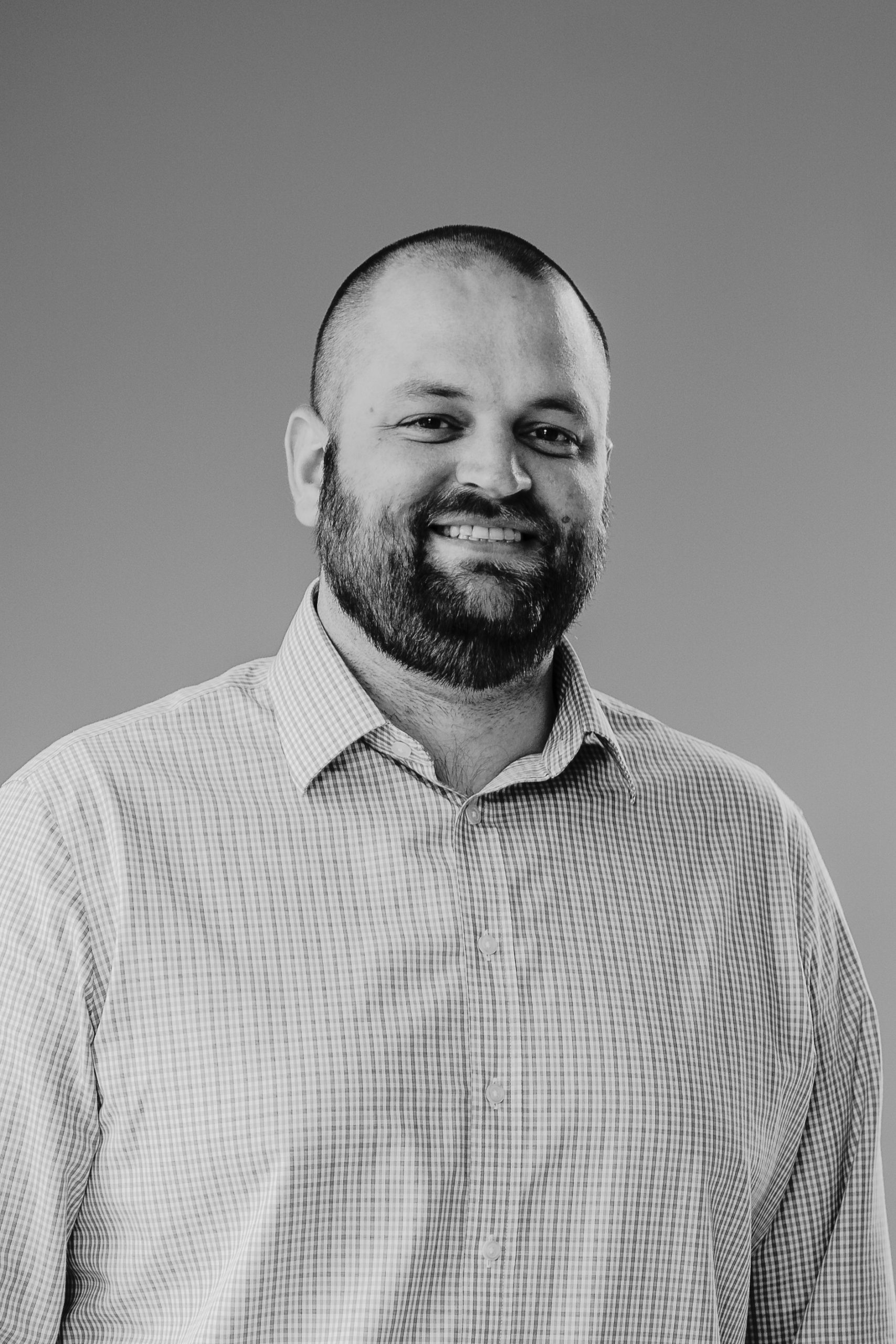 Bryan is a serial entrepreneur with 8 years of successful business ownership prior to joining CSG in 2016. He has spent years as a business mentor with the University of Iowa John Pappajohn Entrepreneur Center helping startups come to market.

Having owned and operated multiple profitable organizations in his career, he brings a unique perspective to the sales department that factors in all facets of a growing business to implement the best methodology to grow a sales team for long term sustained success. Also having spent four years rapidly developing the exact type of carrier-based sales channels that he now supports, Ilg can speak and mentor from experience as he leads the growing team of 20+ sales professionals at CSG. Bryan is the direct report for all sales personnel and has been instrumental in the rapid growth of both his organization and CSG as a whole. John came to CSG in 2018 to manage a complex, high volume nationwide installation program that CSG was frankly struggling to manage prior to his arrival.  With 20+ years of professional technology and leadership experience in healthcare IT, he quickly exhibited a wide range of skills including automation and fabrication, design, software development, networking, data-center management and more.

Not only had he quickly turned around the department he was brought into lead,  he was contributing to about 10 other departments simultaneously.  As CSG began to develop it’s IoT department and manufacture its own disaster response products, Wiseman migrated to the tops of those divisions essentially on accident and was supported by his peers without hesitancy.  These are the hallmarks of a natural leader and Pittman realized his skillsets were greatly underserved as a Director of a department.

He is now the CTO of the organization, challenged with developing CSG’s own branded technology to bring to market, managing a growing IoT device and support division, maintaining CSG’s internal IT infrastructure, and engineering custom solutions for our customers.  Wiseman was awarded ownership percentage in 2020. James has been an owner or executive in multiple mobility and IT companies over a 20 year career before taking over Operations at CSG in 2019. A career-long friend, boss, and mentor to Pittman, they worked closely together in multiple organizations focused on everything from IT asset disposition, global secondary market solutions, R2 compliant e-waste recycling, and wide-ranging B2B mobility solutions.

Munsey’s well rounded experience in so many different facets of the wireless lifecycle primed him for a role in operations, and eventually Pittman pulled him away from a comfortable career in MNA to face a monumental challenge that existed when a company must operationally support a 13,000% growth over a 3-year period. Always the type of individual who sees that type of thing as an exciting challenge, Munsey dove in head first in January of 2019 and has taken 100% control over all operational aspects of CSG as growth has continued to skyrocket.

With a focus on maintaining a special work culture for CSG and it’s employees, and amidst a wealth of operational challenges, James and team delivered two fully audited ISO certifications in 2019 while being named the 8th fastest growing company in the country. Munsey was awarded an ownership percentage in 2020.